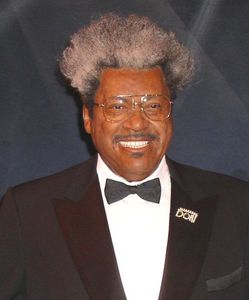 King's next brush with the law would be much more serious, and would very nearly cost him everything. On April 20, 1966, Don King walked into the Manhattan Tap Room and spotted a man by the name of Sam Garrett—a former employee in King's racket who owed him $600 on a bet. Sickly, small, and drug-addicted, Garrett was no match for King. But King was in no mood for forgiveness. Their argument very quickly turned into a brawl, and then a beating in the street outside the bar, a beating that ultimately left Garrett dead from his injuries. King claimed self-defense, and witness accounts vary, but for the first officer on the scene, the beating was a brutal, almost demonic assault. In an interview with sportswriter Jack Newfield, Officer Bob Tonne said he saw "a man's head bouncing off the asphalt pavement like a rubber ball. Then he saw another man standing over him with a gun in his right hand, applying another kick to the head." Even after he was subdued and the fight was over, "King got in one last vicious kick that Tonne would never forget."

Despite reports of witness intimidation and attempted bribery, King was convicted of second-degree murder. Normally, this would have meant a life sentence with eligibility for parole after eight and a half years. Oddly, the presiding judge—in a highly controversial decision reached in the privacy of his chambers—set aside the execution of the sentence, in effect changing the conviction-to manslaughter, which allowed King to emerge from prison in less than four years.

There is no question that Don King used his years in prison to great advantage. He read widely in literature and philosophy, getting the education he had bypassed before. As he put it himself: "I didn't serve time. I made time serve me." He also managed to purchase from a Cleveland city councilor a 40-acre farm for a mere $1,000, a decidedly small sum for such a property. Interestingly, the farm was occupied by a woman named Hattie Renwick, a widow who eventually married Don King.