Born In Cincinnati, Chronology, Shines In Game Against Cornell, Begins Service In The NavyCONTACT INFORMATION 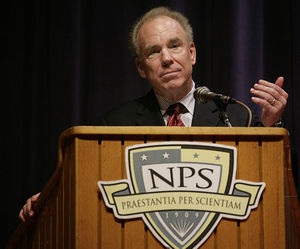 A star quarterback for the Dallas Cowboys for nearly a decade, Roger Staubach endeared himself to fans of "America's team" with his last-minute heroics that led Dallas to two Super Bowl victories and four National Football Conference (NFC) championships. As successful as he was on the gridiron, both in college and in the National Football League (NFL), Staubach realized early on that there was a life for him beyond football. During the off-season from 1970 to 1977, he worked as a salesman and assistant vice president for Henry S. Miller Realty in Dallas. In 1977, while still playing for the Cowboys, Staubach founded a Dallas-based commercial real estate firm that would form the basis for his successful post-football career. In addition to his responsibilities as chairman and chief executive officer of Staubach Company, he finds time to write occasionally and involve himself in community and charitable affairs.